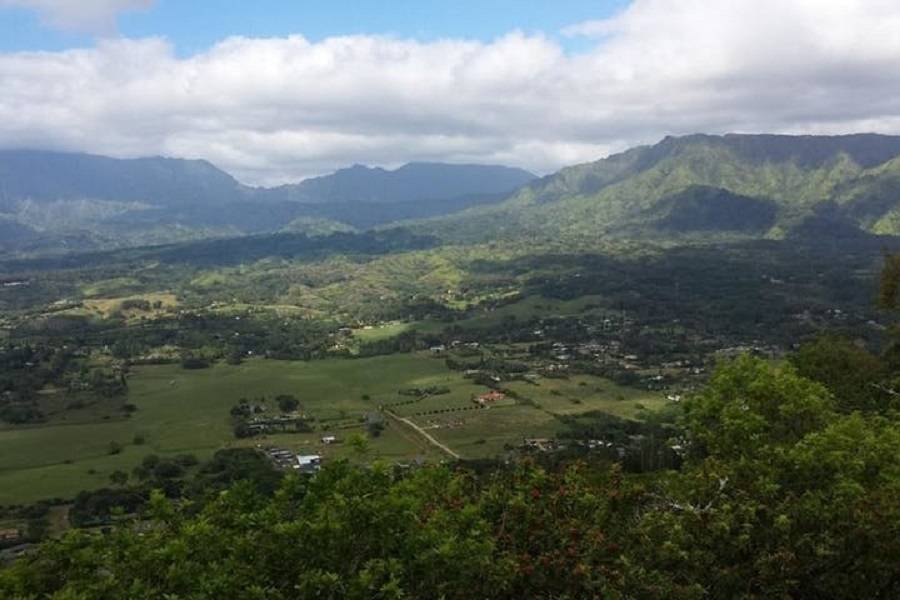 Looking for a Kauaʻi hike that gives you a workout with picturesque views, but don’t have a lot of time? This hike is for you!

Nounou Mountain, aka “Sleeping Giant,” is located on the East Side of Kaua’i, looming above the Wailua River – just inland from where Ancient Kauaian Ali’i (Hawaiian royalty) first chose to settle. Myths and legends abound about this landmark mountain ridge that resembles a very large man sleeping on his back.

“Up” will be the order of the day, as the trail zig-zags its way past lush vegetation before finally arriving on the Giant’s chin, nose and forehead (a climb of nearly 1,000 feet)! From the summit, we’ll enjoy sweeping views of Mount Wai’ale’ale, the Wailua Homesteads, and the entire eastern coastline!

After all that climbing, reward yourself with a refreshing dip beneath a cascading waterfall. This option will add approximately four hours to the tour time. We will stop at one of several “ono” (tasty) local restaurants to refuel before continuing on to this final phase of our Kauaʻi adventure.